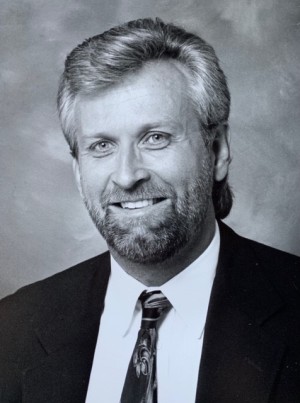 Tempe --  Mark von Hagen, 65, professor emeritus at Arizona State University, died on September 15, 2019 following an extended illness. Mark authored numerous works on modern Russia and Ukraine, including a landmark study of the Soviet Red Army, Soldiers in the Proletarian Dictatorship.  His expertise on imperial and national borderlands, and especially his seminal contributions to the history of modern Ukraine, earned him an international reputation in Russian, Eurasian and East European Studies, Traveling frequently to the region, he was also a fearless, outspoken advocate of human rights and defender of dissidents, including support for members of the stigmatized LGBTQ community.

In his twelve years at ASU, Mark served as founding director of the School of Historical, Philosophical, and Religious Studies; founding director of the Office of Veteran and Military Academic Engagement; and interim director of the Melikian Center. Beyond his impact supporting individual students and junior colleagues, his legacy at ASU includes the Ukrainian language program in the Critical Languages Institute, and a certificate in Veteran Studies.

Before coming to ASU, Mark was Bakhmeteff Professor of History at Columbia University where he also served as director of the Harriman Institute (1995-2001) and chair of the Columbia History Department (2006-2007).  Mark was also appointed as Dean of the Philosophy Faculty of the Ukrainian Free University in Munich in 2009, and during his distinguished career served elected terms as President of the Association for Slavic, East European, and Eurasian Studies and as President of the International Association for Ukrainian Studies.  He leaves behind more than two generations of devoted colleagues and students, many of whom have risen to leading positions in academic and human rights communities.

Mark was raised in Colorado, son of the late Daniel and Martha von Hagen. Following a baccalaureate degree from Georgetown University, he completed master’s degrees in Slavic languages and literatures (Indiana) and history (Stanford), before earning his Ph.D. from Stanford University. In addition to his hundreds of students and colleagues, Mark is survived by his brother Luke (sister-in-law Pamela), niece Laura, nephew Alex, and his longtime loving spouse, Johnny Roldan-Chacon.  Richardson Funeral Home, Tempe, AZ is compassionately serving the family.

To send flowers to the family or plant a tree in memory of Mark Louis Von Hagen, please visit our floral store.

You can still show your support by sending flowers directly to the family, or by planting a memorial tree in the memory of Mark Louis Von Hagen
Share a memory
© 2021 Richardson Funeral Home. All Rights Reserved. Funeral Home website by CFS & TA | Terms of Use | Privacy Policy