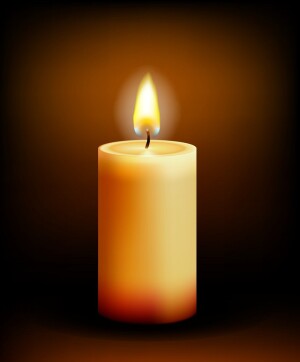 Edgar Dale (Jake) Jacobsen was born October 5, 1930 in Ainsworth, Nebraska, to Edgar and Myrtle Jacobsen.  He was the 4th fourth of 13 children.  He graduated from Minden High School in the class of 1949.  He entered the Air Force on April 1, 1951, and was honorably discharged on December 12, 1952.  On June 12, 1955, he was united in marriage to Celesta (Adkisson) Jacobsen, and from this union there were three children born: Jerri Lynn, Jeffery Lee, and Joey Lane.  Jake worked for State Farm Insurance for 25 years.  After retirement, Jake and Celesta spent winters in Arizona, finally deciding to move permanently to Sun City, Arizona in 1995, where they enjoyed being with friends and family, playing golf, enjoying the beautiful scenery, and studying the old West. Jake spent many years walking near Cochise Stronghold with their beloved dog, Zoey.  In 2010, Jake and Celesta moved to Phoenix to be closer to family.  Jake is survived by his wife, Celesta; Children Jerri Fletcher of Phoenix, Jeffery (Charlene) of Phoenix, Arizona and Joey (Patti) of Omaha, Nebraska; grandchildren John (Desi) Fletcher of Alexandria, Virginia, Ely (Heather) Fletcher of Corpus Christi, Texas, Sara (Cheyenne) Fletcher of Panama City, Florida, Nicholas (Kristina) Jacobsen of Fort Worth, Texas, Turner Jacobsen of Phoenix, Arizona, Codi Jacobsen of Oklahoma City, Oklahoma, Shelbi Jacobsen of Omaha, Nebraska, Easton Jacobsen, Phoenix, Arizona; Step grandchildren Derek Snyders, of Omaha, Nebraska, and Dia (Justin) Roelle, of North Platte, Nebraska and 10 Great grandchildren.  Jake is also survived by brothers Roland (Evelyn) of Norman, Nebraska, Chuck (Rebecca), and sisters Joyce (Ellery) Peterson of Kearney, Nebraska, Terri Gould of Minden, Nebraska, Sandy Danielson of Minden, Nebraska, and many, many nieces and nephews.  He was preceded in death by his parents Edgar and Myrtle, sister baby Harriet, brothers: James Peter, Leland, Kenny, and Robert, and sisters Harriet Anne and Linda. Jake was a lifelong Nebraska Cornhusker fan. GBR!  Richardson Funeral Home, Tempe, Arizona is compassionately serving the Jacobsen family.

To send flowers to the family or plant a tree in memory of Edgar Dale Jacobsen, please visit our floral store.

A Memorial Tree was planted for Edgar

You can still show your support by sending flowers directly to the family, or by planting a memorial tree in the memory of Edgar Dale Jacobsen
Share a memory
© 2022 Richardson Funeral Home. All Rights Reserved. Funeral Home website by CFS & TA | Terms of Use | Privacy Policy | Accessibility