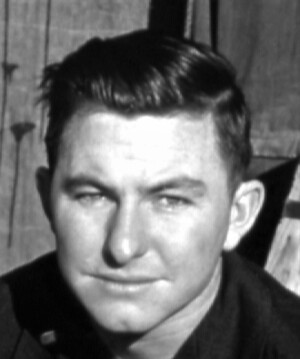 James Johnson passed away unexpectedly near his home in Tempe, Arizona at 7AM Friday, May 8, 2020 at age 89.  He was born an only child on August 20, 1930 in St. Louis, Missouri.  At age 5, the family moved to Phoenix, Arizona for his health.  In the late 1930s, the family moved again to Tempe, Arizona where he lived until leaving for Chapman College.  One semester short of graduating, Jim received a draft notice to serve in the Korean War.  He opted to enlist in the USAF in January 1951 instead and served as navigator on B26 reconnaissance aircraft.  The Air Force was good to him and he stayed in for a 21 year career including becoming an officer, a navigator, gaining a BS in Petroleum Engineering and a Masters in Business and working as an engineering project manager on multiple high technology programs.  He retired as a Lt. Colonel at age 41, returned to Tempe and started a second career as a chemistry teacher at Mesa High School where he worked until the early 1990s.  During this time he started his own family marrying his college sweetheart, Barbara Anne Davidson, in 1953.  Kathy and Karl were then born while he was teaching navigation at Ellington AFB in Houston, Texas in the mid-1950s.  The family ended up living in Texas, Oklahoma, Bermuda, Chicago, Los Angeles and Washington, D.C. but after returning to Tempe, Jim stayed put for the remaining 49 years of his life.  Jim was preceded in death by his parents, George H. and Marietta C. Johnson as well as his wife Barbara, all about 20 years ago.  He is survived by his loving children’s families.   They include Kathy and Stan Pierce, their children Matthew, Adam and Sherry Jowhersha and their new son Liam. Besides himself, Karl’s family includes Brandon, his wife Annette and their children Knox and Harper, Erin, Jesse and his children Nora and Owen, and Hannah Somerville.  Jim will be buried at Mesa Cemetery with just the family in attendance.  A broader celebration of his life will be held via internet for his family and friends.  Please contact Karl Johnson at tempe.karl@gmail.com if you are interested in participating.  Jim Johnson lived a simple but very good life filled with the things he enjoyed, a loving family, eating out, reading, movies, Starbucks iced coffee, more sweets than he would admit to and walking outdoors.  He was fortunate to be healthy, happy and alert right up to the last and his family is grateful for that.  He will be deeply missed.

To send flowers to the family or plant a tree in memory of James Johnson, please visit our floral store.

You can still show your support by sending flowers directly to the family, or by planting a memorial tree in the memory of James Johnson
Share a memory
© 2021 Richardson Funeral Home. All Rights Reserved. Funeral Home website by CFS & TA | Terms of Use | Privacy Policy