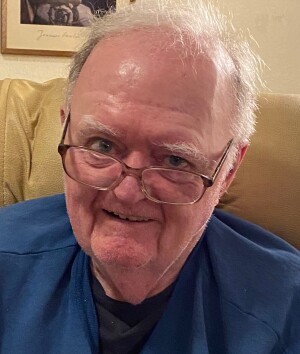 James Royal Jones, age 90, of Tempe, Arizona, went to Our Lord on May 8, 2021.  He died of natural causes.  "Jim" was born on September 3, 1930 to Herbert and Margaret Jones in South Bend, Indiana.  He grew up with two sisters and one brother, in small town America.  After graduating from high school, he attended the University of Notre Dame in Notre Dame, Indiana.  His college plans were briefly interrupted when he joined the Navy.  After fulfilling his four-year military commitment, Jim returned to Notre Dame to graduate in May 1957 with a degree in Marketing. Soon after graduation, Jim sought a profession in Advertising.
He met Carol Doyle of Mishawaka, Indiana, and they later married on August 24, 1957.  The two went on to have seven children:  Brenna, Brian, Barry, Tara, Mairin, Tim and Kevin.  Jim and Carol lived their early marriage in South Bend, Indiana, raising their seven young children.  Career changes required Jim to move his family to Arizona in 1971, where he lived until his death.   He spent most of his professional life serving God, primarily through his involvement with the Charismatic Renewal in the Phoenix metropolitan area.  He was one of the founders and a long-time leader of City of the Lord, a Catholic covenant community in Tempe, Arizona.  He was also involved in the worldwide Catholic Fraternity of covenant communities, which provided him several opportunities to meet with the future saint, Pope St. John Paul II.  He also provided much support and leadership to the branch communities of the City of the Lord in San Diego, Van Nuys, and Salinas, California.  He had long-standing friendships with the covenant communities in South Bend, Indiana and Augusta, Georgia.  Besides his family, Jim loved many things.  While he always loved his country, the Navy, football, golf, and reading,  as he got older, his love for God became his passion. Jim loved worthwhile educational endeavors.  He was enthusiastic about the idea of the charter school and became instrumental in the creation of Tempe Preparatory Academy, the parent school to Veritas and Chandler Preparatory.  These schools became a part of the Great Hearts Academy, an award-winning group of charter schools.  Jim loved Notre Dame.  As the son of the former Business Manager under Knute Rockne, and a graduate of Notre Dame, Jim was proud to call himself a "Domer".  He loved all things involving the Notre Dame football team and could be found in front of the TV on Saturday afternoons every Fall, rooting for his beloved Irish.  Jim loved his friends.  He spent many happy hours with them. Their bond of brotherly support sustained him through many years as they shared the joys and struggles of life.  Most importantly, Jim loved his wife, his seven children, and their spouses, as well as his twenty-seven grandchildren and their families.  He was so proud of each of them.  While he spent the last years of his life struggling with poor health and physical limitations, he prayed diligently for his family, including praying the Rosary daily with Carol for them.  At the end of his life, he took great pains to ensure Carol would be cared for after his passing; and, in his own quiet way, he let his family know how precious they were to him.  Jim is predeceased by his parents, Herbert and Margaret, and two sisters, Jane Anne and Margaret.  He is survived by his brother Michael, his wife, Carol, his seven children and extended family.  A Wake and Eulogy will be held at the Richardson Funeral Home, 2621 South Rural Road, Tempe, Arizona on Wednesday, May 19, 2021 from 4-7pm, with the Rosary prayed at 6:30pm. The funeral Mass will be celebrated at Our Lady of Mount Carmel Catholic Church, 2121 South Rural Road, Tempe, Arizona on Thursday, May 20, 2021 at 10am.  A private interment will be held at a later date. Richardson Funeral Home, Tempe, Arizona is compassionately serving the Jones family.

The livestream of the funeral mass can be viewed at:  Olmctempe.com/specialevents  beginning at 9:50 AM

To send flowers to the family or plant a tree in memory of James Royal Jones, please visit our floral store.

Your browser does not support this video format. You should be able to view it in Chrome, Safari or Internet Explorer.